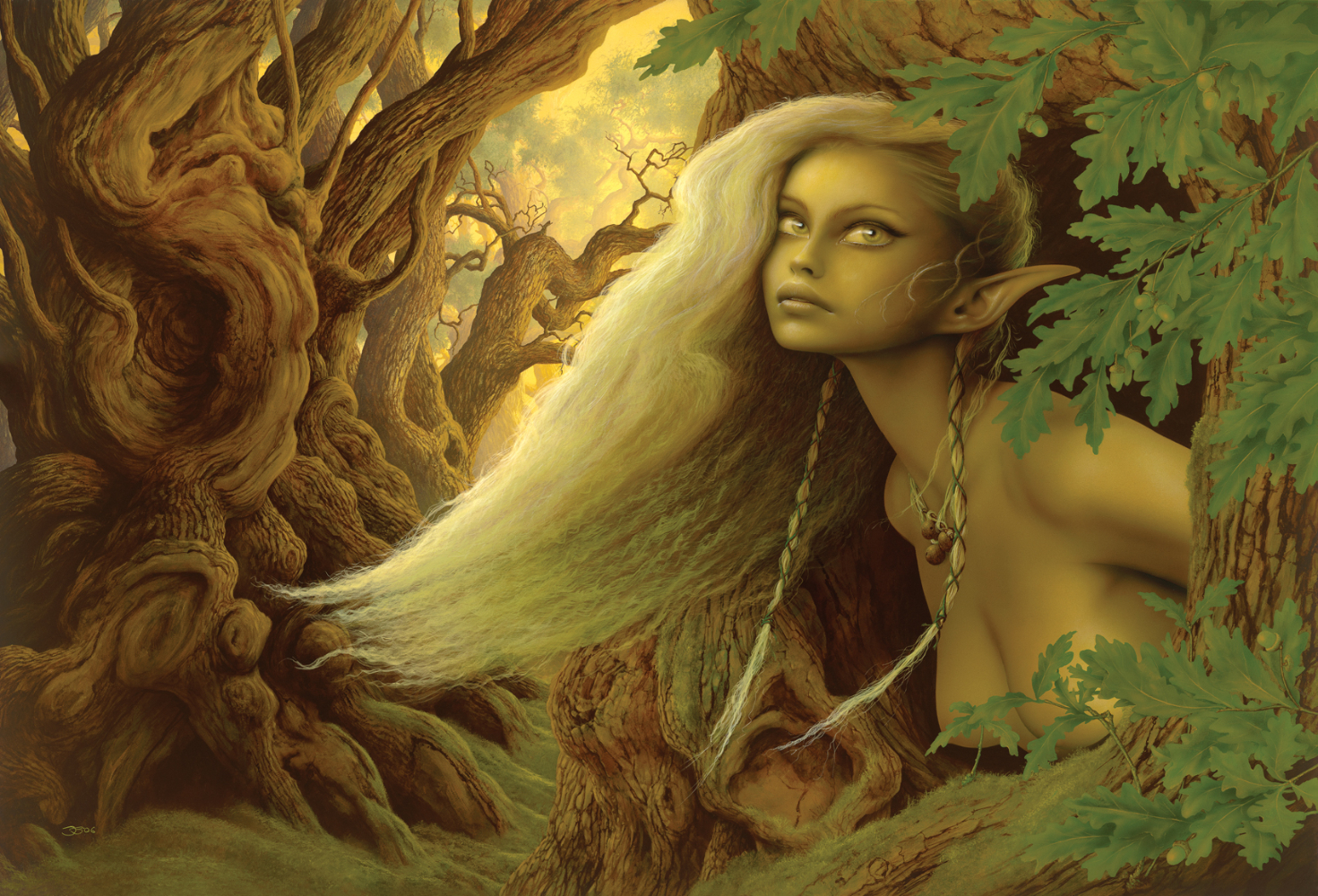 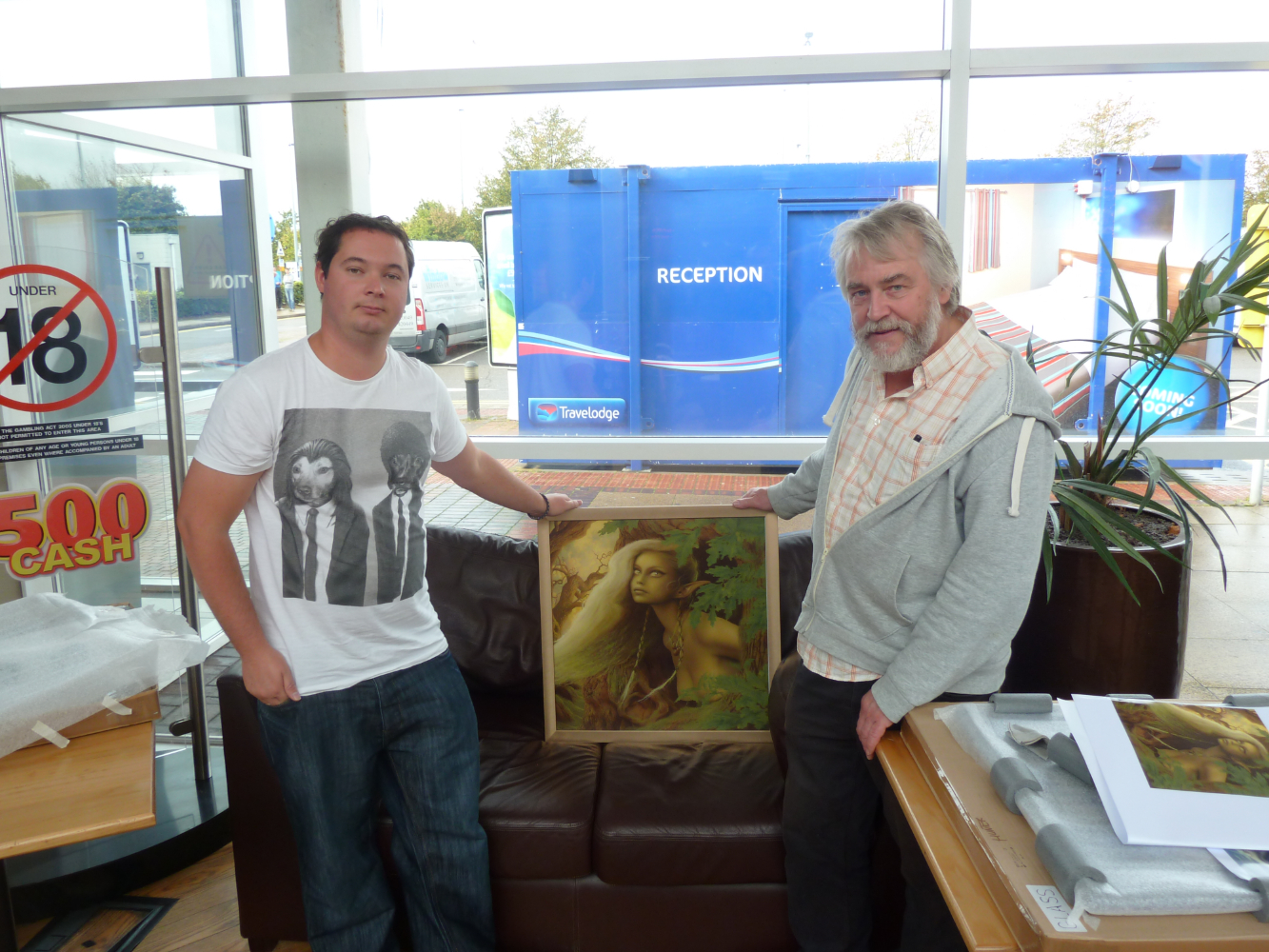 Richard Counsell and Jim Burns, who has done work on book covers. and also has found himself happily engaged in film work on several occasions - including working in Hollywood on the block buster movie Blade Runner.

Words that David has used when describing the 3D Lenticular Portraits that I create and design and to have someone so highly thought off within the 3D community using these words is very satisfying. 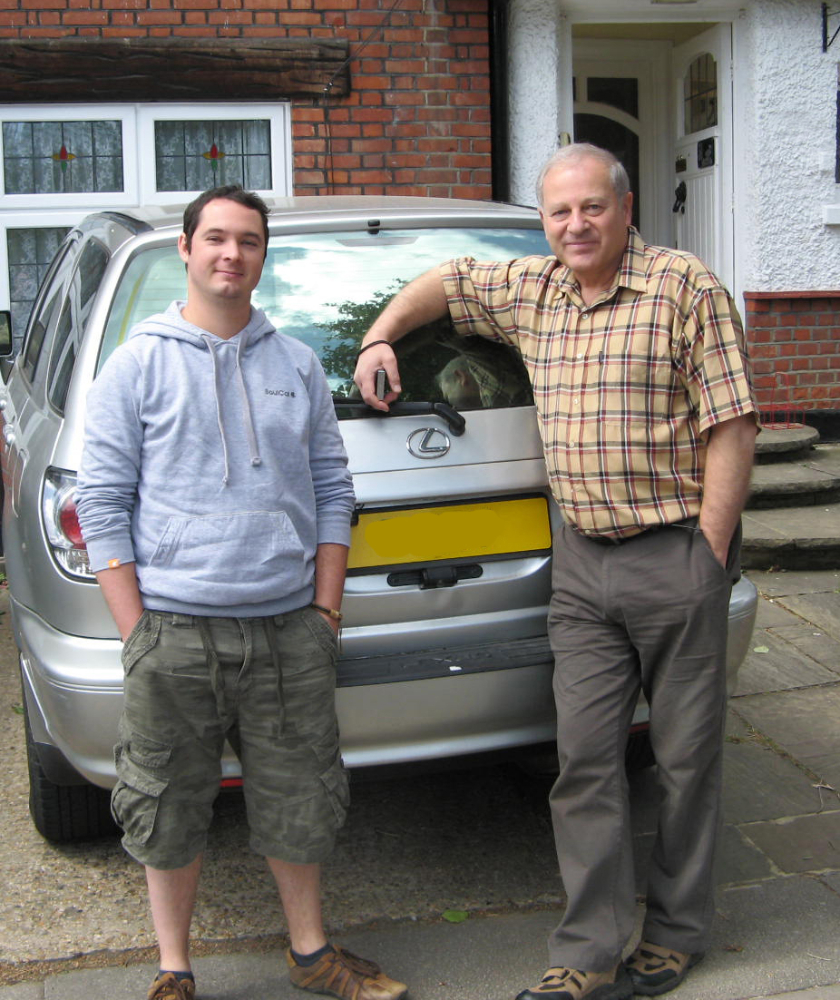 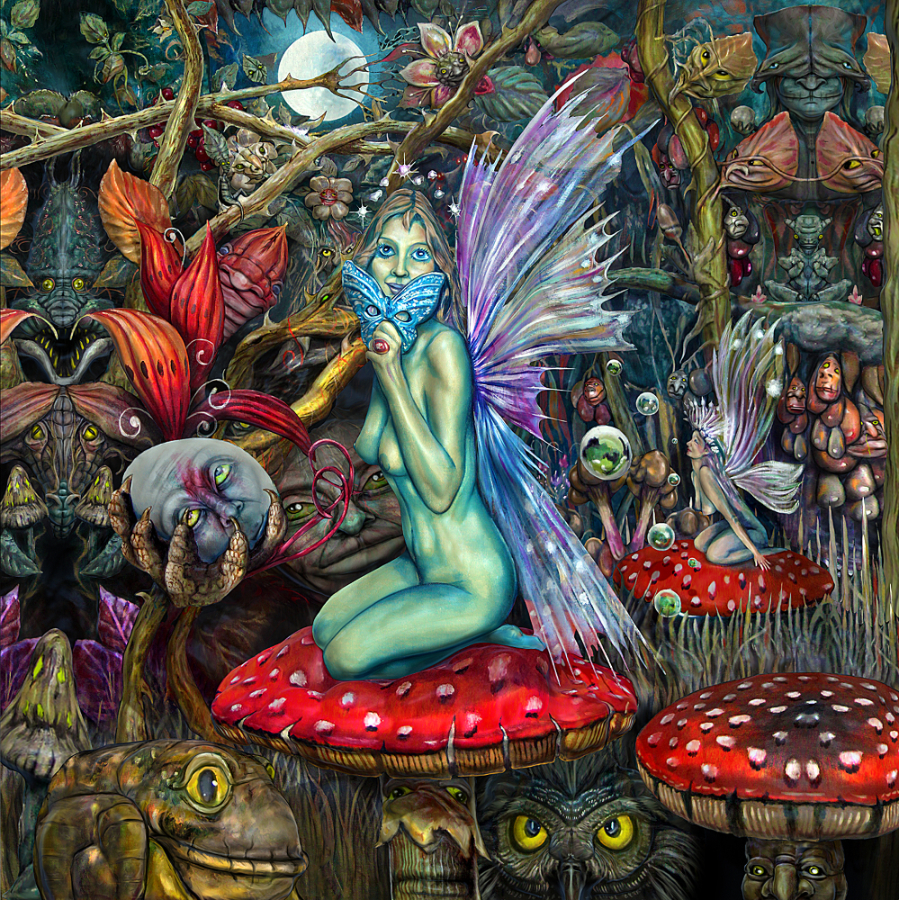 3-D Images' has been serving the 3-D community for over 30 years. David Burder is the Managing Director of this London based company.

David Burder BSc.FBIPP,FRPSIs recognised within the 3D Industry as one of the leading experts in this field his list of Clients is extensive ranging from Warner Brothers, Disney, Natural History, The BBC and in truth far too many to be listed in this article, check out his web page for further information..

I have to say that the AMZD picture you did is FantasticJames Brooksby - CMO and Founder - Doublesix.....

Good seeing you yesterday. Just wanted to thank you again for your work with the 3D Lenticular – everybody here’s been genuinely very impressed.Benjamin Smith Community Manager...Doublesix. 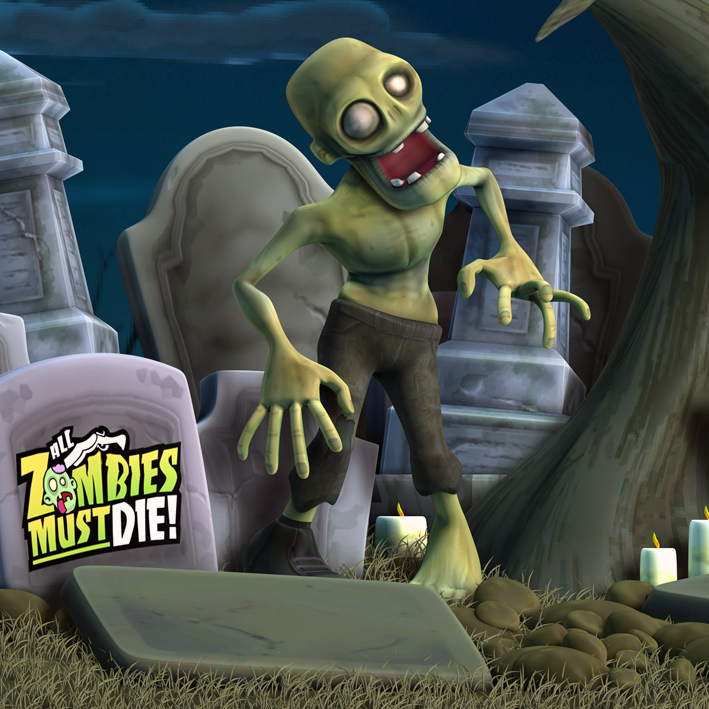 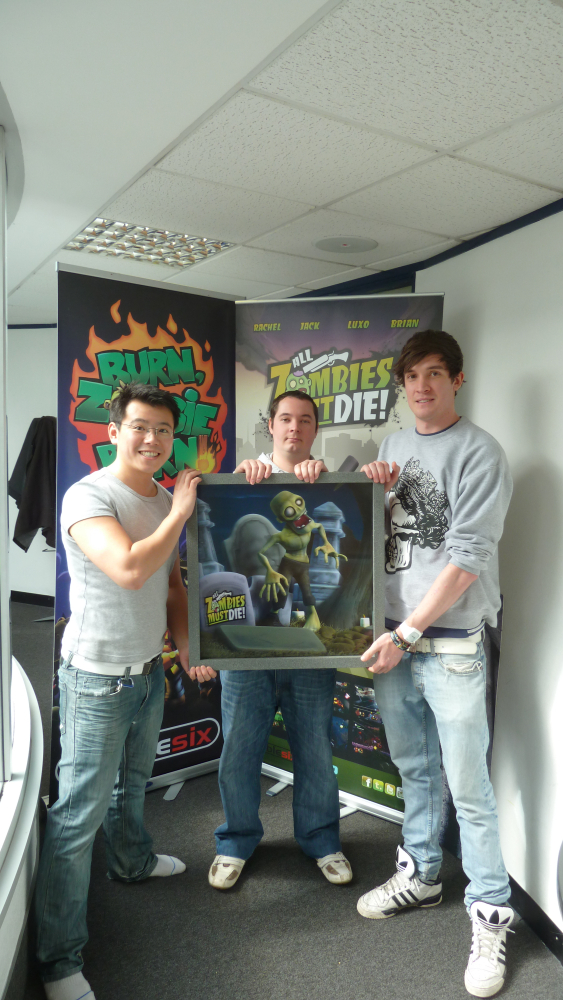 I have just competed their latest 3D conversion project commisioned by one of the foremost Games development companies in the United Kingdom "Double Six".

This company nominated for the prestigious Bafta awards have become one of the leading development and digital distributers of games across all the main downloadable platforms including Xbox Live Arcade, PlayStation Network and PC platforms such as Steam.

To celebrate the launch of their new Game "All Zombies Must Die soon to be released onto the PCin March 2012 "Double Six Games " commissioned3D Lenticulardesign to convert, create and produce a 3D Lenticular Art Sculpture from one of the characters from the actual game, this unique 3DLenticular will be the main prize in a competition run by the companyfor its launch. 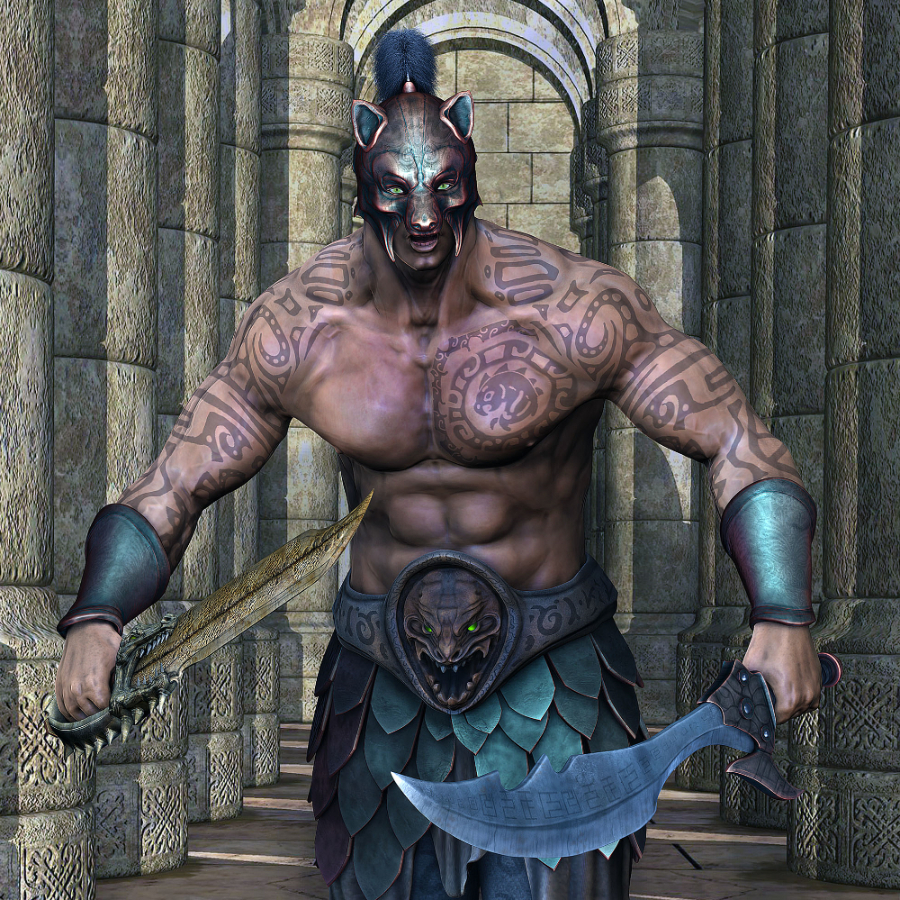 Recent commissioned work completed for the acclaimed Fantasy Author Samsun Lobe to be used to promote the launch of his new exciting book. 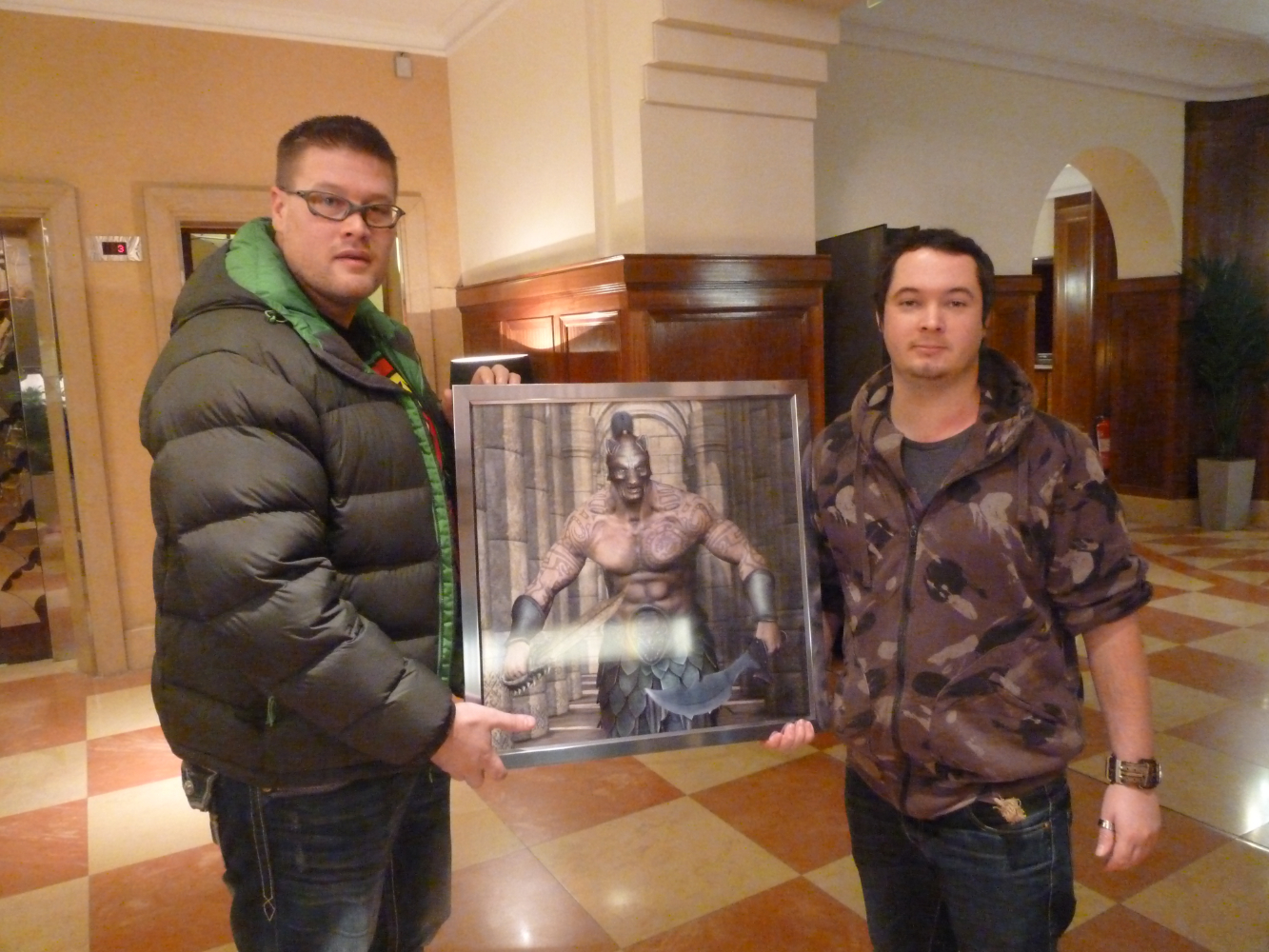 Samsun Lobe and Richard Meeting at the Hilton Hotel in January 2013 ..Handing over the finished Lenticular....Great meeting you - I love the piece and can't wait to show it!Hope this year is successful for you "All the very best from Samsun Lobe....Lobe originally trained as an artist and designer and worked in the Digital Games Industry for twenty years.

He has been involved with writing and producing in excess of forty E/Learning instructional course ware programmes and alsoinvolved with Games development and his involvement in this media has allowed him to develop his writing skills and nowbecome a prolific Fantasy auther. 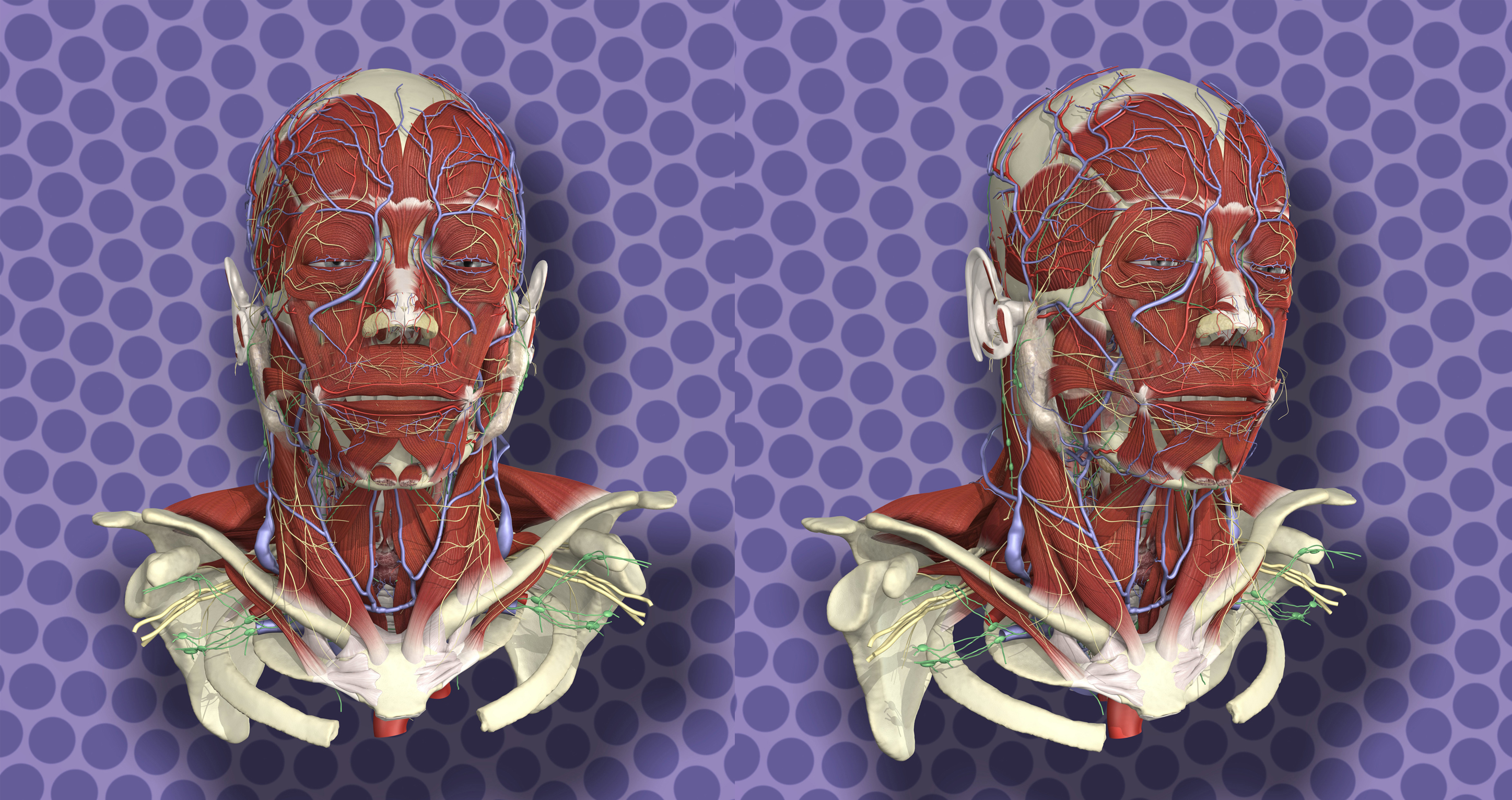 Associate Director I Head of Graphics 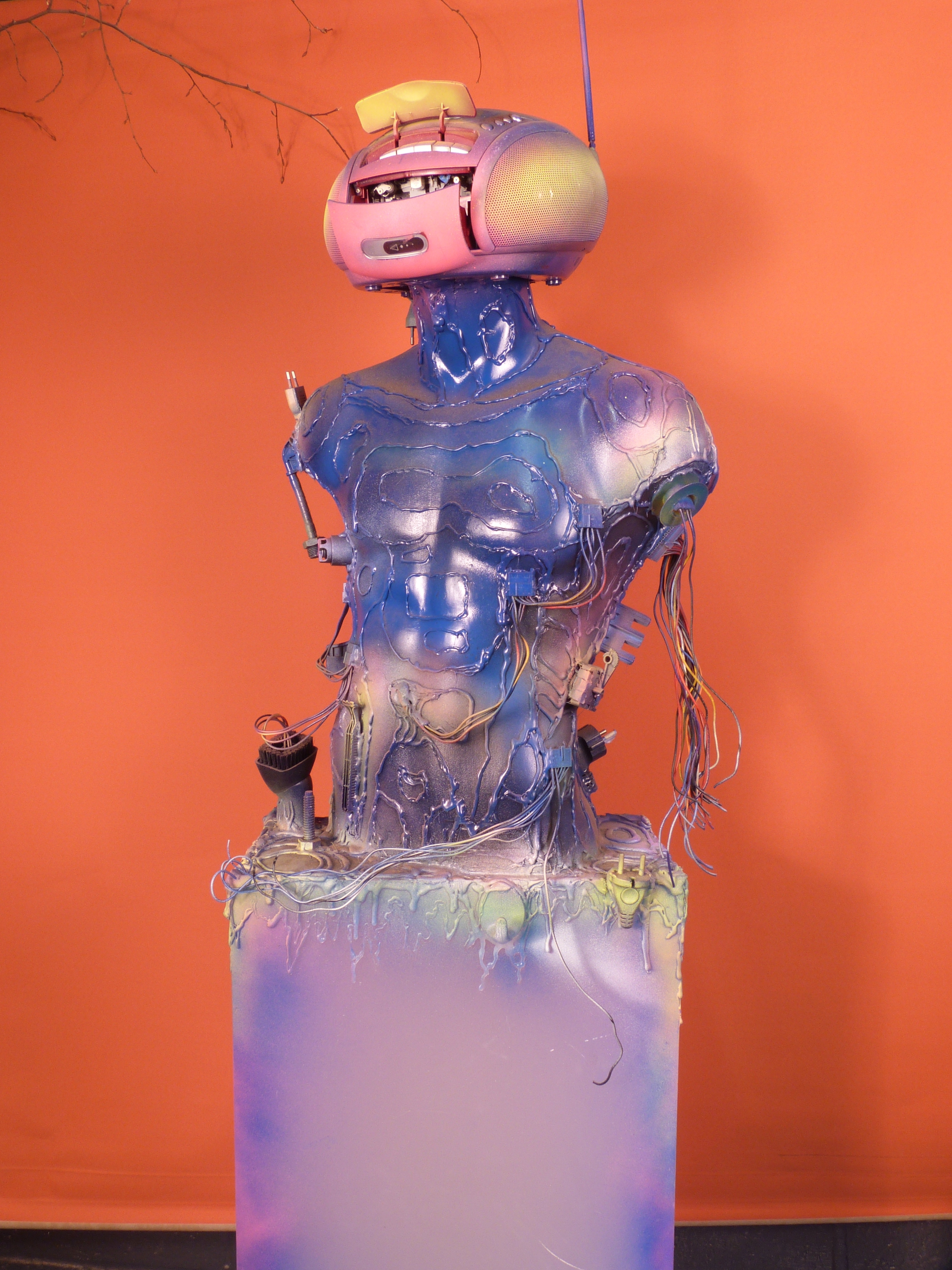 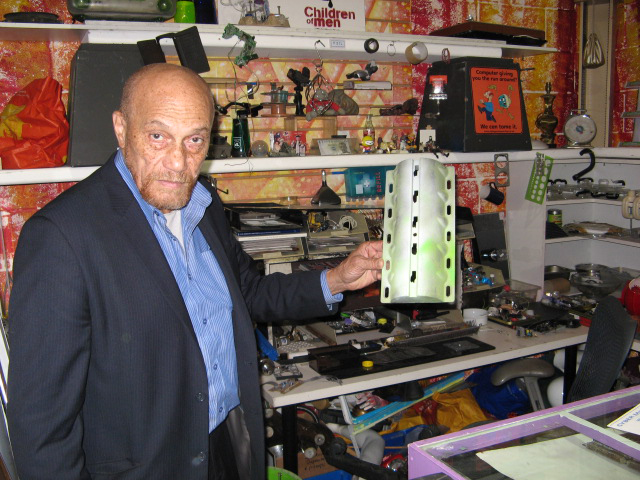 I have recently carried out several 3D conversions of life size sculptures that have been created by Vincent Jo-Nes and these are currently on display and for sale at the Cyber Market Hall at Camden Town...

Here in Camden you will discover an inter-active gallery of his works transforming the entire market area into an enormous ‘Cyber Installation’.with detailed and amazing sculptures.

Vincent has exhibited at the prestigious Tate Modern Museum, the Art Institute of Chicago, the Museum of Science & Industry, Harrods of London and International Events and Exhibitions all over the world. The Art of Recycling Technology’ … His art is now on exhibit in London at Camden’s ‘CYBER Market Hall’.

Exhibiting from the USA, to Japan, Switzerland, Germany, the UK, and into outer space by Astronaut Mae Jemison in 1992 on the NASA Space Shuttle Endeavour; as the original ‘CYBER Artist’ Vincent’s works have creatively obtained public endorsements, critical acclaim and commercial success.